By Martin in Recent Local Earthquake on August 2, 2017.

There are reports of this event having been felt in the area around Milford. Events of this nature are not uncommon in this region. The largest event recorded in this area was a magnitude 2.2 which occurred near Clonmany on 21st November 1994. 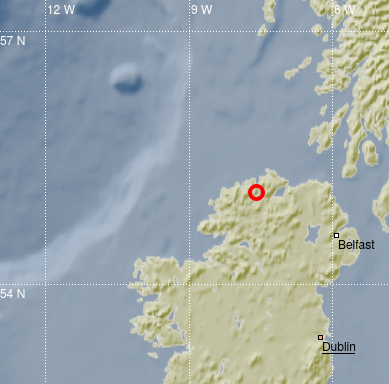 The event was recorded at stations of the Irish National Seismic Network (INSN) and the BGS, see seismic traces below. 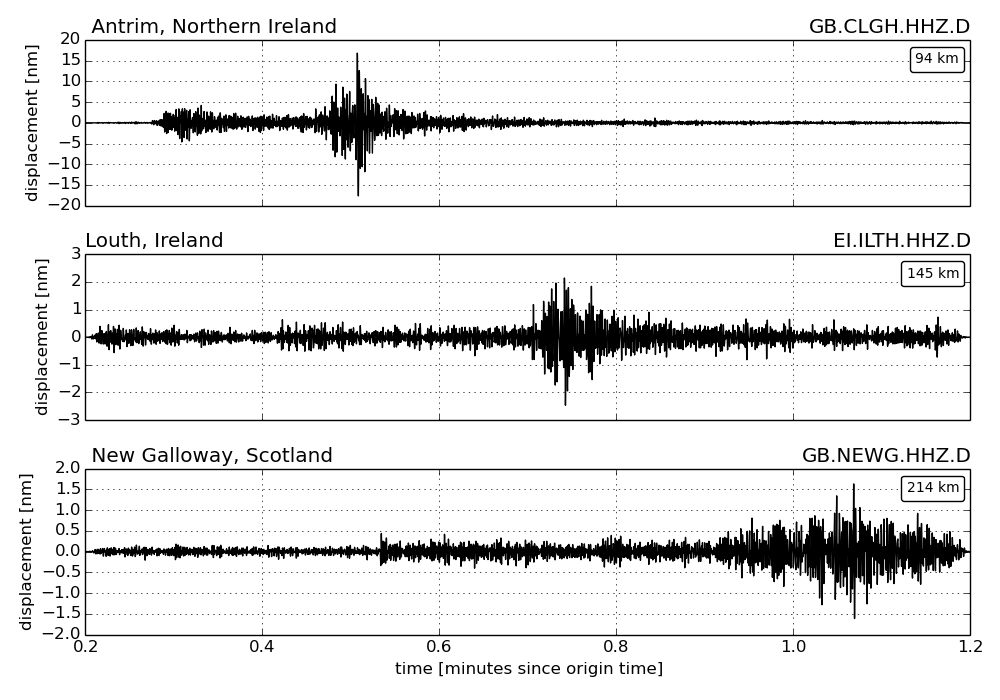