By Martin in Recent Global Seismic Events on September 3, 2017.

On the 3rd September 2017 the Irish National Seismic Network (INSN) recorded a seismic event with epicenter in the Democratic Peopleâ€™s Republic of Korea (DPRK), see below plot for the location. The recordings are consistent with the announcement by the DPRK that it has conducted a nuclear test, their sixth since 2006. The event occured at 03:30:01 UTC. 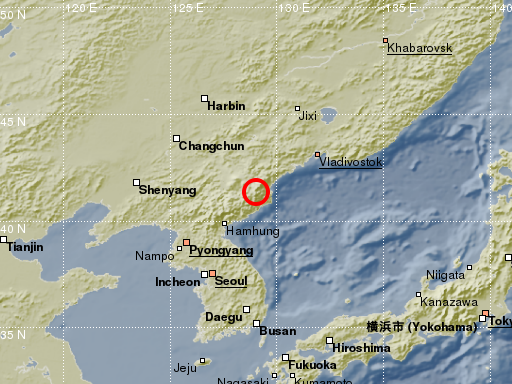 Vibrations caused by the nuclear test were detected by seismic stations of the Irish National Seismic Network (INSN), see waveforms below. Please click the figure to enlarge. 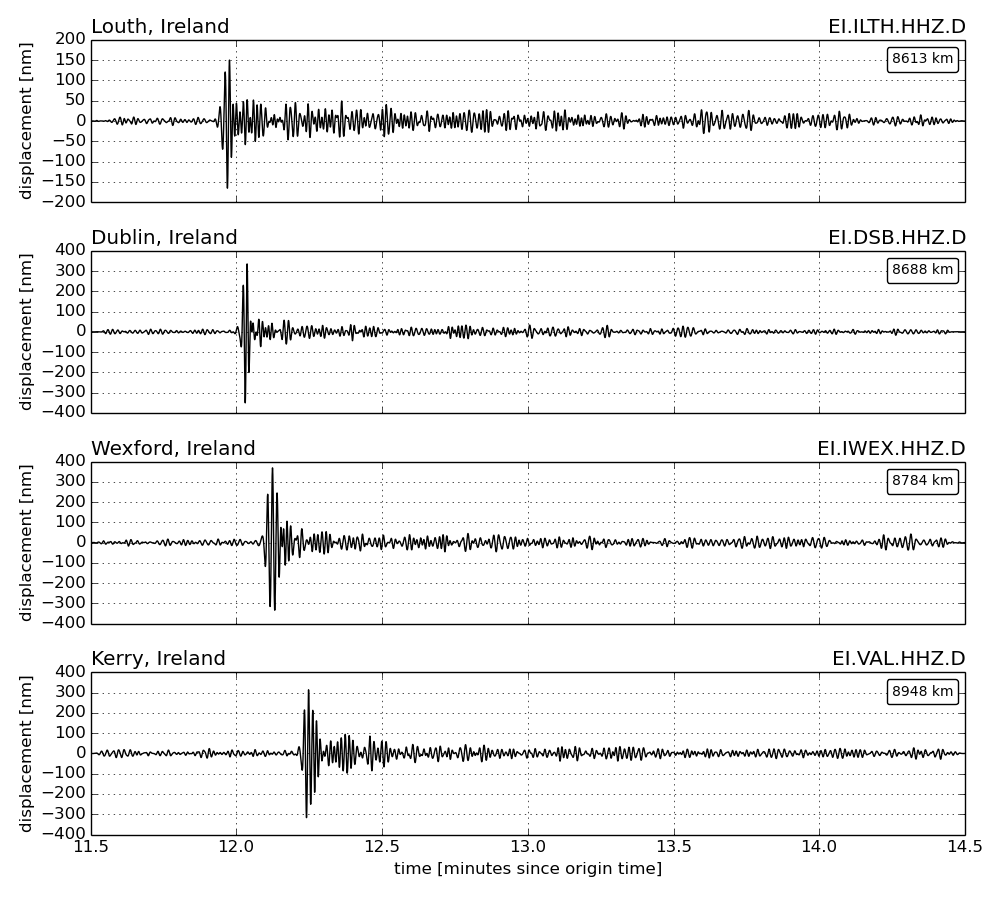 Further information about this event can be obtained from these websites: