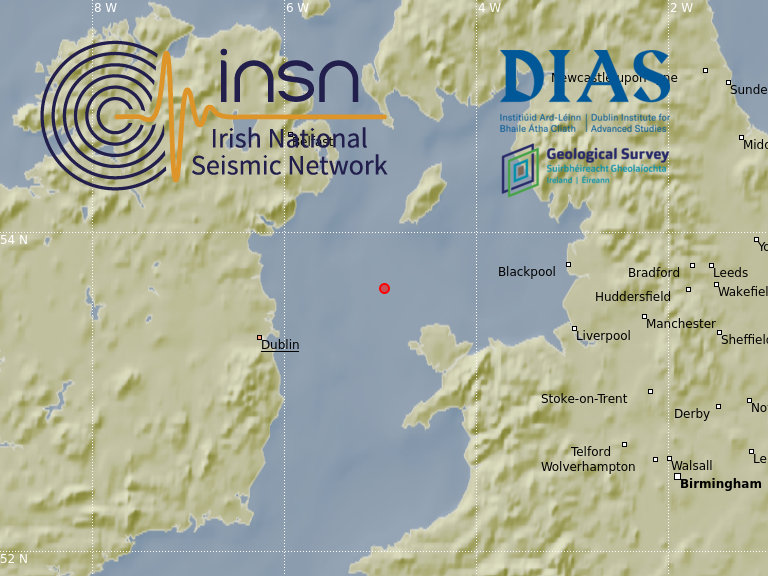 The event was recorded by the Irish National Seismic Network (INSN) and British Geological Survey (BGS) seismometers, and can be seen in the waveforms plotted below: 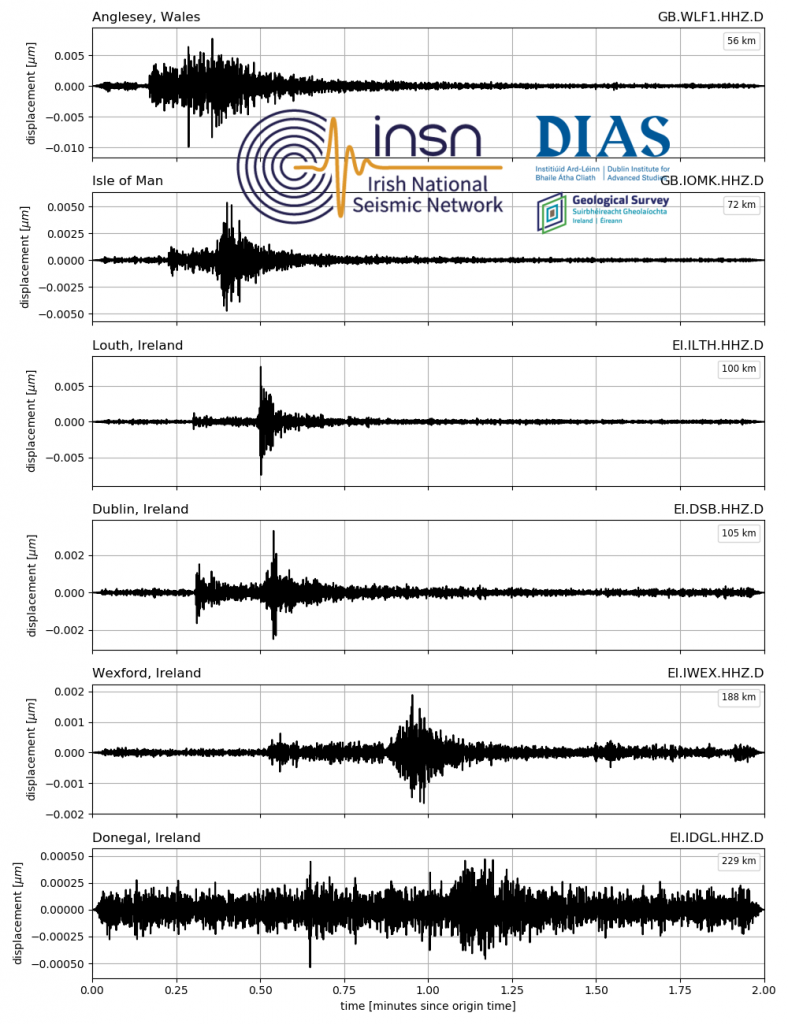