A magnitude M0.9 earthquake occurred on the 13th February 2020 at 19:13:01 GMT in the Irish Sea, about 25km east of Wicklow town. The epicentre location is shown in the map below. The location is in the same area in which a magnitude M2.8 earthquake nucleated on the 14th December 2005, an event that was felt by many people along the East coast of Ireland. Black lines in the map denote major fault zones in and around Ireland. 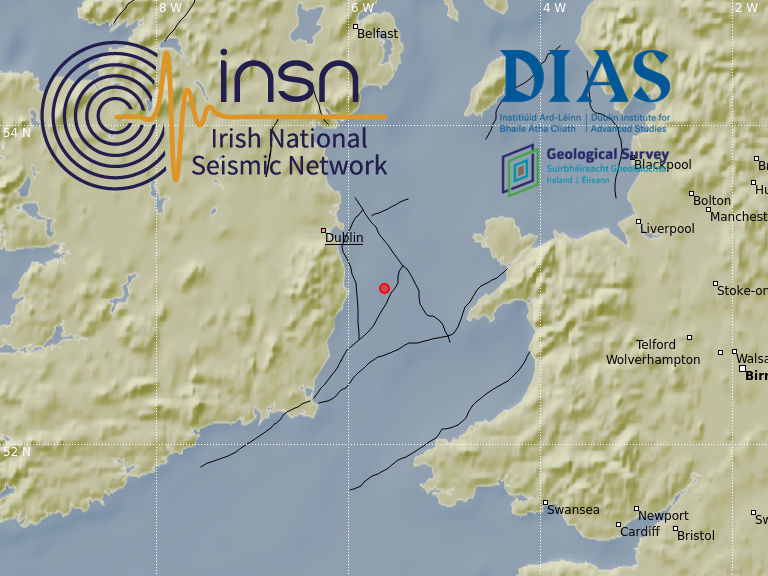 The event was recorded by the Irish National Seismic Network (INSN) and British Geological Survey (BGS) seismometers, for seismograms see the plot below (click image to enlarge). 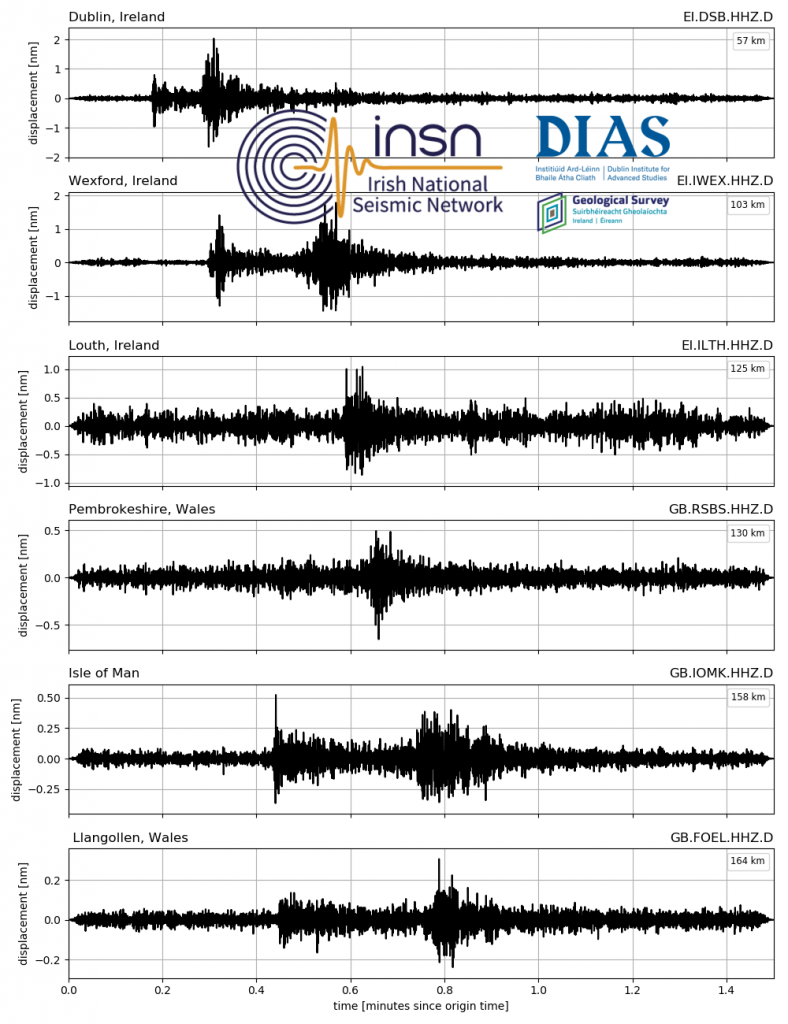