By James Grannell in Confirmed events, Recent Local Earthquake on May 14, 2020.

On the 14th of May 2020 at 03:52:54 UTC, an earthquake of magnitude M0.6 occurred in the Irish Sea. The earthquake located approximately 20km east of the Isle of Man, and occurred at a depth of 3km.Â The epicentre location is indicated with a red circle in the map below, black lines denote major fault zones in and around Ireland. Events of this nature are not uncommon in the Irish Sea, with several small events (M < 1.1)Â detected near the Isle of Man in the past 5 years. 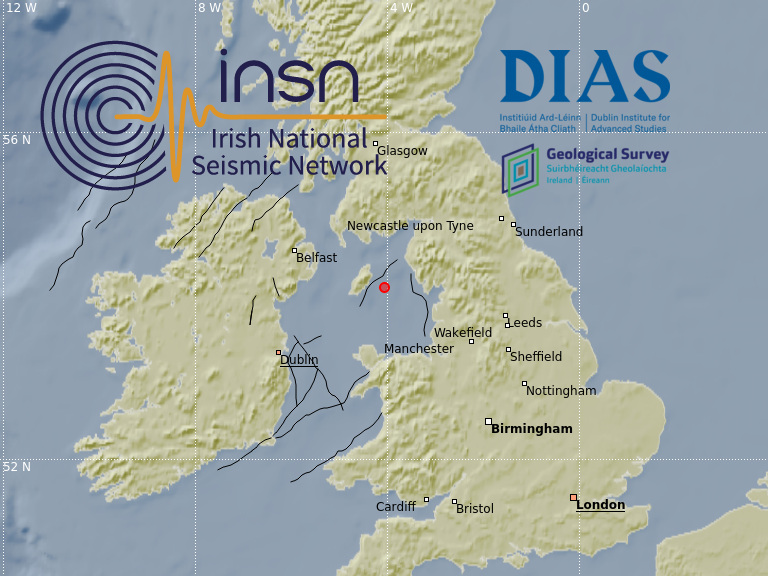 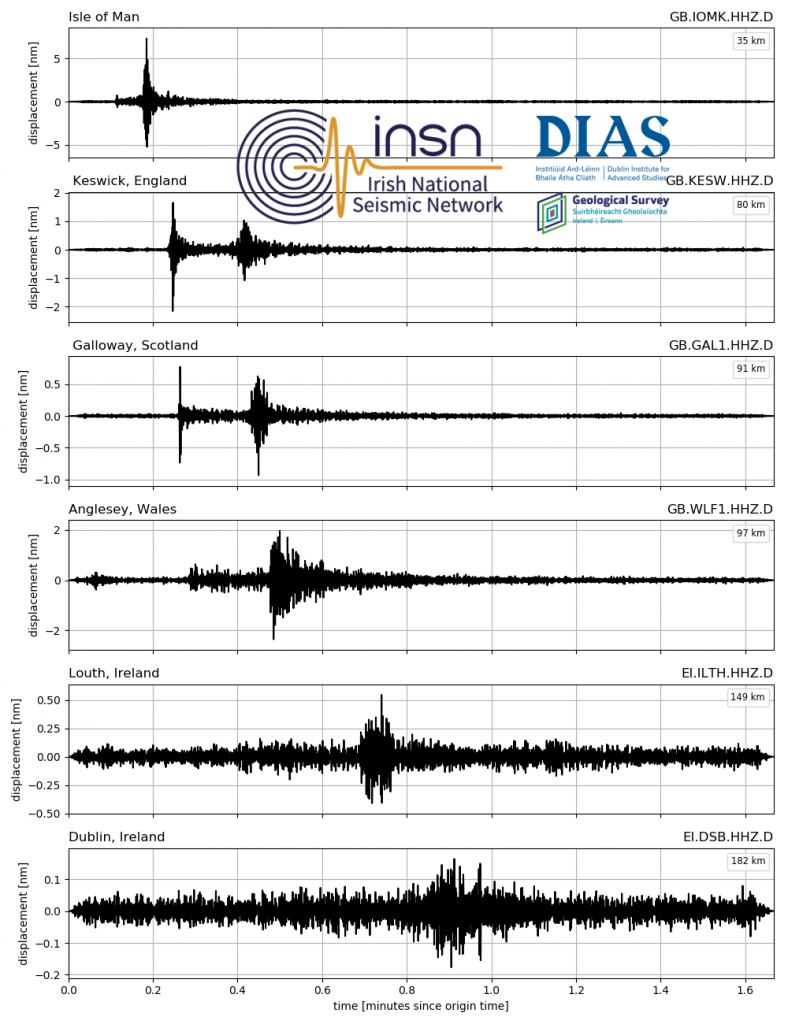