By James Grannell in Recent Global Seismic Events on July 22, 2020.

At 06:12:44 (UTC) on the 22nd of July 2020, a magnitude 7.8 earthquake occurredÂ Â nearÂ the Alaska Peninsula (see map below). The earthquake struck approximately 100 km south of the peninsula at a depth of 30 km. Shortly after, a tsunami warning was issued by the U.S. Tsunami Warning System. Several aftershocks of magnitude 5 and greater occurred within the hours following the main shock. Large earthquakes are common in this region due to the subduction of the Pacific plate beneath the North American plate. Since 1900, twelve earthquakes with magnitudes greater than 7.5 have occurred in this region, including the 1964 M9.2 Prince William Sound earthquake, the second largest recorded earthquakeÂ in the era of modern instrumental seismology. 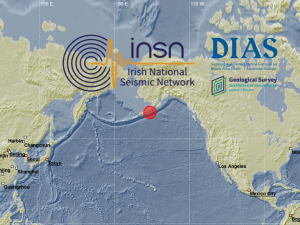 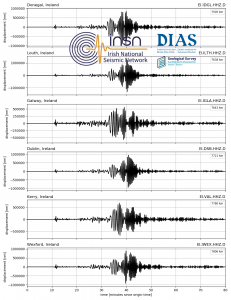