By Martin in Recent Global Seismic Events on December 29, 2020.

At 11:19:54 (UTC) on the 29th of December 2020, a magnitude 6.4 earthquake occurred in Croatia about 50km SE of the capital Zagreb, see map below. The earthquake nucleated at a relatively shallow depth of 10km within the Eurasia plate. It occurred after a magnitude 5.2 earthquake struck in the same area on the 28th December 2020 at 05:28 (UTC). At the time of writing at least one fatality was reported, at least 20 injured people and building damage especially inÂ Petrinja, a town with about 25,000 inhabitants. Though earthquakes with magnitude over 6 happened before in Croatia this is the strongest event that was ever recorded in Croatia since modern seismic instrumentation is in use.Â 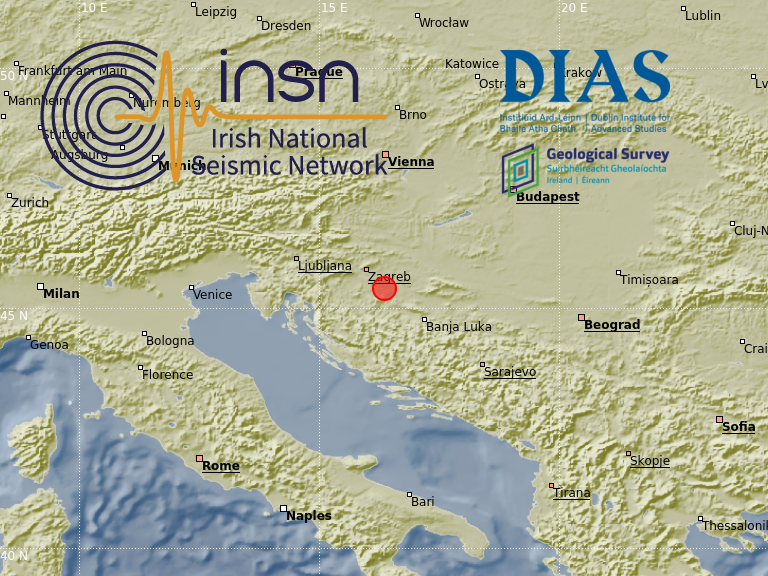