On the 15th of December 2019 at 21:19:52 local time, a M2.5 earthquake occurred in the Irish Sea approximately 90km north-east of Dublin and 40km south of the Isle of Man. The epicentre location is shown in the map below. Events of this nature are not uncommon in the Irish Sea, a similar smaller event occurred on the 17th of November 2019. There has also been a subsequent M1.7 event at 06:23:55 on the 16th December off the English coast North of Blackpool (see map at bottom of page).

There have been no reports that the earthquake was felt onshore but the event was recorded by the Irish National Seismic Network (INSN) seismometers, and can be seen in the waveforms plotted below. 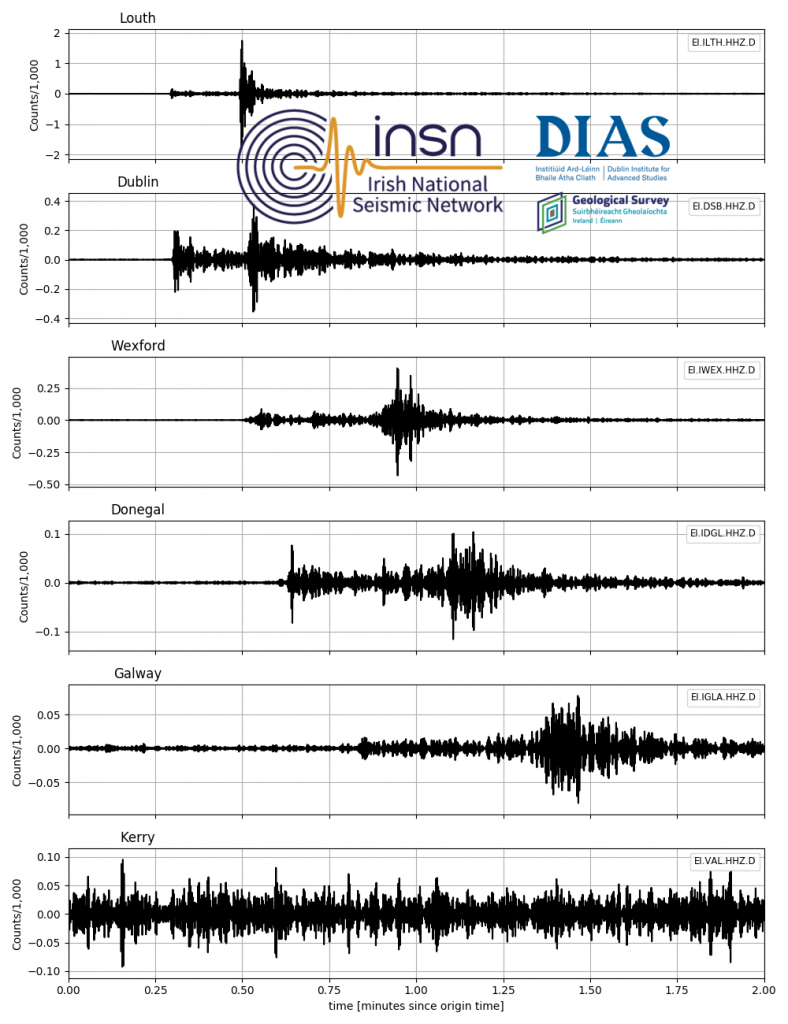