On the 17th of November 2019 at 14:56:08 local time a M1.2 earthquake occurred in the Irish Sea approximately 50km north-east of Dublin. The epicentre location is shown in the map below. 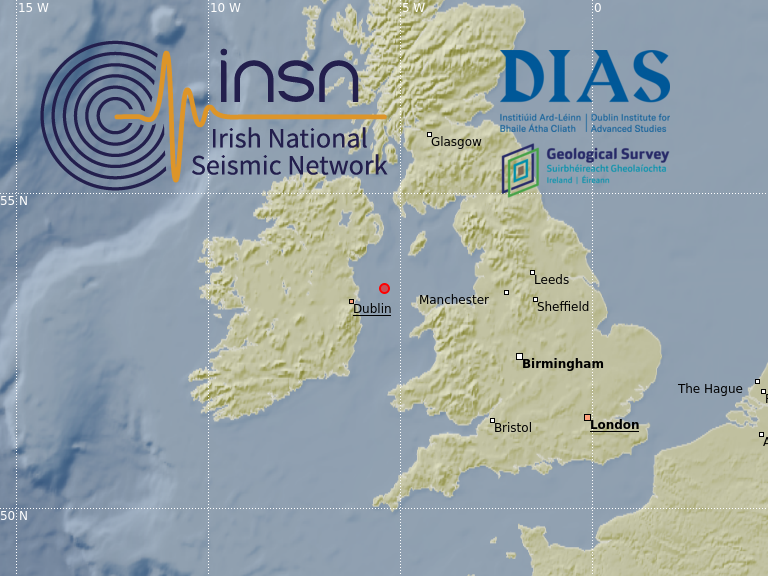 The event was too weak to be felt but was recorded by the Irish National Seismic Network (INSN) seismometers, and can be seen in the waveforms plotted below (most obviously on the eastern stations of Dublin, Louth and Wexford). 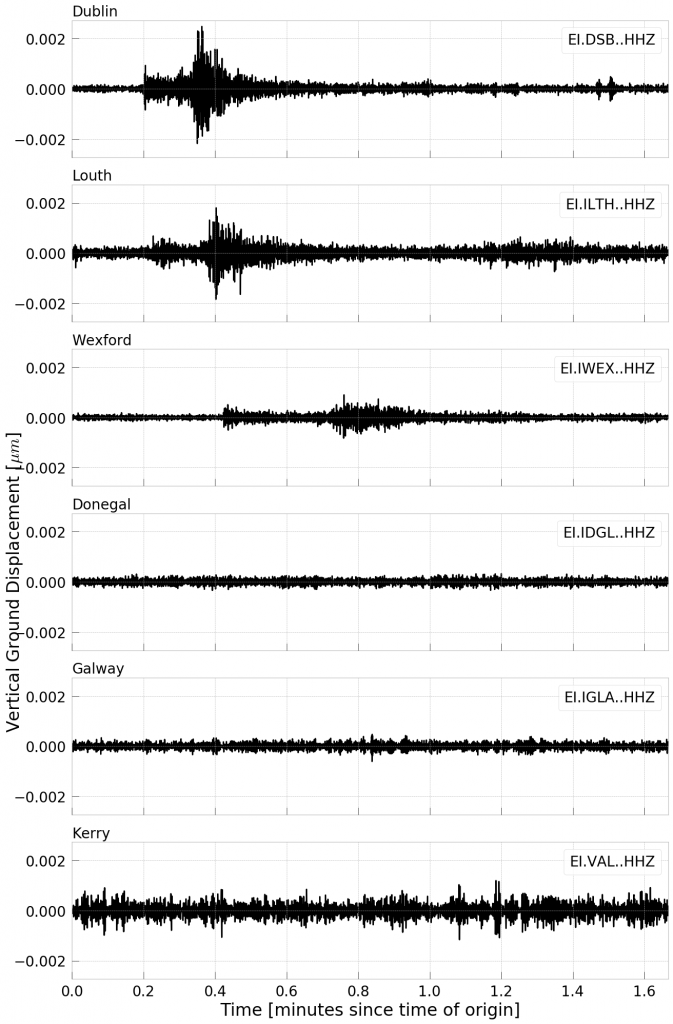