At 15:29:05 (Universal Time) on the 23rd of June 2020, an earthquake of magnitude 7.4 struck in the Oaxaca region of Mexico (see map below). The earthquake occurred at a depth of 10 km,Â locating approximately 12 km SSW of Santa Maria Zapotitlan, Mexico. Shortly after, the Pacific Tsunami Warning Canter (PTWC) issued a warning that hazardous tsunami wavesÂ  reaching 1 to 3 m above the tide level along the coast of Mexico are possible. 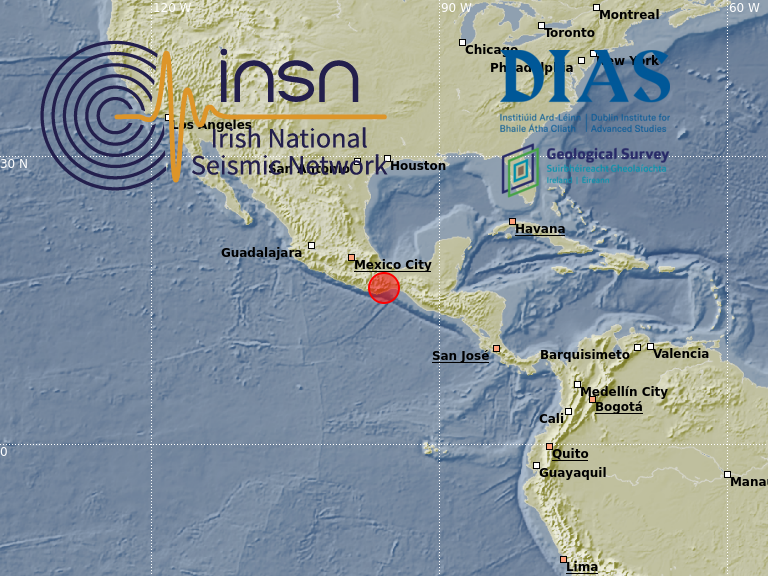 Mexico is one the earths most seismically active regions due to the relative motions of three large tectonic plates (the Pacific Plate, the Cocos Plate and the North American Plate) in the region. The relatively dense oceanic crust of the pacific plate is subducting beneath the Mexican landmass. This motion can result in large earthquakes such as today’s event. The interaction of the subducting plate and the mantel rock beneath the Mexican landmass also results in volcanism in the area.

The earthquake was recorded at seismic stations worldwide, including stations of the Irish Nation Seismic Network (INSN), see seismic waveforms below (select figure to enlarge). 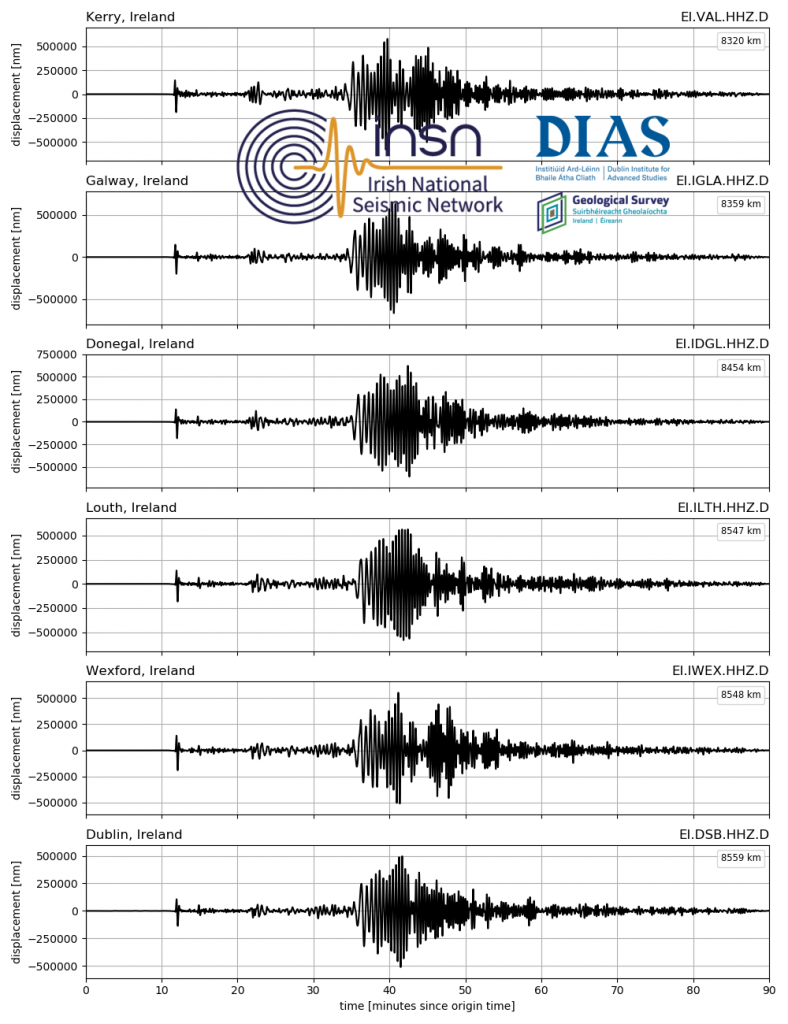