At 02:54:11.3 UTC on November 26th, 2019 a magnitude M6.4 earthquake struck a region to the North-West of Tirana in Albania. The earthquake had a depth of 10km which resulted in very strong to severe ground shaking. Several fatalities and hundreds of injuries have been reported with the collapse of several buildings. The map below shows the approximate location of the event. 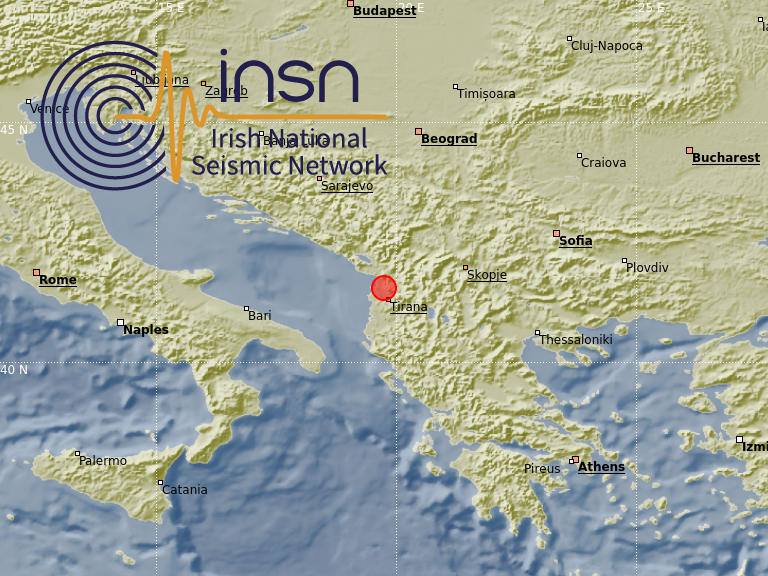 Large earthquakes are common in this region due to the convergence of the African and Eurasian plates. The region has suffered seven >M6 events within 150km of the recent event in the past 100 years. The earthquake was recorded at seismic stations worldwide, including stations of the Irish National Seismic Network (INSN), see seismic waveforms below (select figure to enlarge). 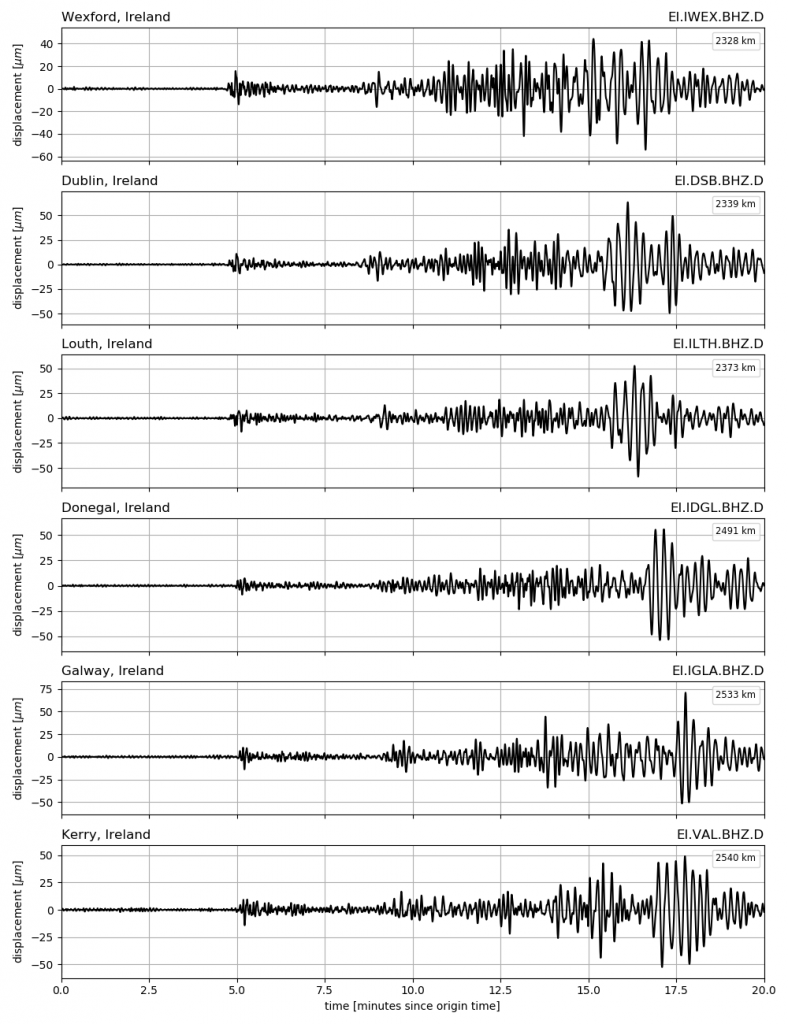